Virginia is moving into the fast lane on electric vehicles (EVs). The Commonwealth has recently approved measures to adopt new vehicle emissions standards and electric vehicle sales targets; state legislators are reportedly looking for ways to fund EV adoption incentives; and, a recent study by a leading interest group gave Virginia the highest marks of any ...

WHAT IS A SOLAR CO-OP?

We’re bringing homeowners and small businesses interested in installing solar and/or electric vehicle chargers together in a group, or co-op. Co-op participants join the group at no obligation to receive discounted pricing and unbiased, installer-neutral support throughout the process. Our experienced team ensures you understand the basics of installing solar and EV charging as well as receive a competitive proposal from a qualified installer.

Homeowners or businesses participating in the Arlington Solar and EV ...

Automakers are investing billions of dollars to develop dozens of new EVs in the face of regulatory requirements, but face slow U.S. sales.

The campaign, dubbed “Drive Change. Drive Electric,” will focus on ...

Virginia Clean Cities provides a charging station to its employees and to the general public. This case study examines the costs and benefits of usage of the charging station by four drivers. 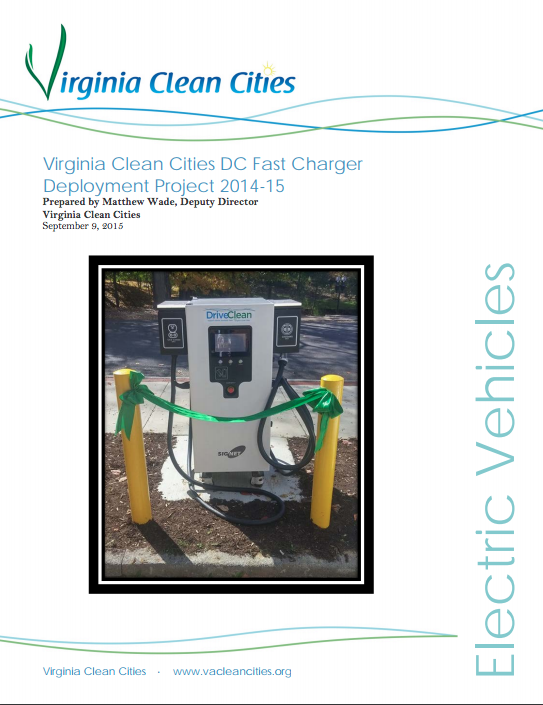 Virginia Clean Cities and its private sector partners undertook a project to deploy six DC Fast chargers in 2014. By the end of August 2015, the project successfully found site hosts and deployed 21 DC Fast chargers throughout Virginia. This report examines this project and sheds light on the processes and challenges of installing a publicly-available DC Fast charger.

To view this report, please ...

Happy Spring! With 20+ new partners since January, the Workplace Charging Challenge network of employers is now providing plug-in electric vehicle (PEV) charging access to nearly 1 million employees across the country. We are happy to share news from the Challenge and our partners, and we invite you to be a part of this exciting growth and join the Challenge. Here are few highlights from the beginning of 2015:

Staunton, Virginia is pleased to announce the unveiling of the first public DC Fast Charger in the Shenandoah Valley. The City will be holding an inaugural charging event on April 22, 2015 at 10:30 am at the charger which is located at 115 Greenville Avenue in downtown Staunton (the ...

New Town Williamsburg is holding an inaugural charging event for the unveiling of its new DC Fast charging station at 4:00 pm on April 23, 2015!

The start date of April 24, 2015 is due to a glitch in our event hosting system, we apologize for any confusion. 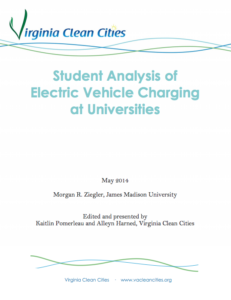 This student project discusses the feasibility of electric vehicle charging at James Madison University. The feasibility criteria studied includes technical requirements, infrastructure needs, user preferences, cost considerations, and institutional policies and constraints to perceive the use and effectiveness of an electric vehicle charger on campus. The methodology used was qualitative analysis of personal interviews with facilities and sustainability staff members at four universities ...