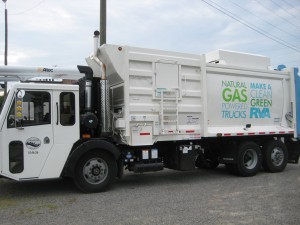 Clean Energy reported the City of Chesapeake, Virginia has pumped its millionth gallon of CNG into its city’s fleet vehicles. What began as six trucks running on Clean Energy’s natural gas fuel has grown to a fleet of 50 CNG solid waste trucks now in service.

The City of Chesapeake contracted with Clean Energy to design, build, and operate a public-access fast-fill CNG fueling station and upgrade an existing time-fill CNG fueling station to accommodate its growing natural gas vehicle fleet. The new station has allowed the city to expand its refuse fleet and generate revenue by servicing private fleets in the region.

Chesapeake originally migrated to natural gas vehicles to meet sustainability goals and save taxpayer dollars said George Hrichak, CEM, CPFP, fleet manager for the city, who monitors fuel usage and noted the million-gallon milestone. He said the municipality has reaped the benefits of operating its waste trucks on CNG.

“When we started this initiative in 2012 the price of diesel was over $3.13, and we were looking to cut costs,” said Hrichak. “In addition to substantial fuel savings, CNG lowers maintenance costs by 40 cents a mile because it’s a cleaner-burning fuel and generates less wear-and-tear on some engine components. Running on CNG reduces the environmental impact in terms of pollutants and noise, so it allows us to operate more efficiently on a number of levels.”

Chesapeake has seen significant fuel cost savings in the past few years by using CNG refuse trucks. Using CNG, the city of Chesapeake has realized an annual saving of $61,837 per truck in maintenance and fuel costs compared to diesel powered refuse trucks. Even though fuel costs savings decreased as diesel and gasoline prices have come down, the city is still committing to natural gas.