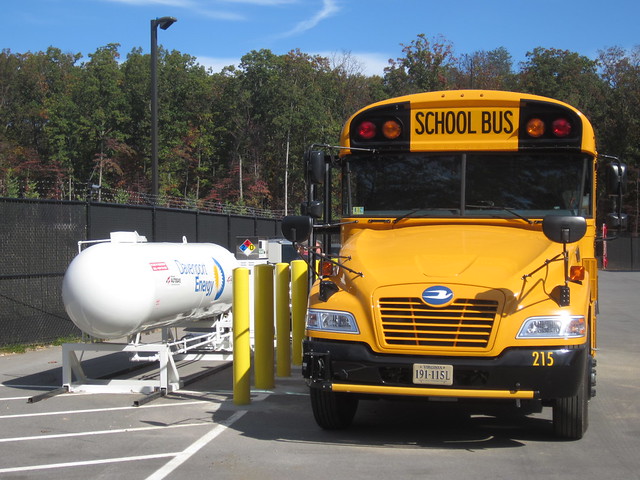 The U.S. Environmental Protection Agency (EPA) on 1/24/2017 the award of more than $7.7 million to replace or retrofit 401 older diesel school buses. Four Virginia localities received funds, including the transition to propane buses in Roanoke County Virginia. The funds are going to 88 school bus fleets in 27 states, each of which will receive rebates through EPA’s Diesel Emissions Reduction Act (DERA) funding. The new and retrofitted buses will reduce pollutants that are linked to health problems such as asthma and lung damage.

VCC Comment: “The Inclusion of Roanoke County propane buses in this program is a significant achievement and recognition for the Commonwealth of Virginia’s efforts in the region and the leadership of school districts like Roanoke County in advancing clean vehicles” said Alleyn Harned

“Thanks to DERA funding, we are protecting our children from breathing diesel emissions as they travel to school,” said Christopher Grundler, director of EPA’s Office of Transportation and Air Quality. “Nearly 17,000 of our country’s schools are located within steps of a heavily traveled road, potentially exposing more than six million children to traffic-related pollution at a time when their developing lungs are particularly vulnerable to the harmful effects of air pollution.”

EPA has implemented standards to make newer diesel engines more than 90 percent cleaner, but many older diesel school buses are still operating. These older diesel engines emit large amounts of pollutants such as nitrogen oxides and particulate matter, which are linked to instances of aggravated asthma, lung damage and other serious health problems.

Since 2008, the DERA program has funded more than 700 clean diesel projects across the country, reducing emissions in more than 70,000 engines.