The Virginia Clean Cities nonprofit is served by a dedicated and skilled Board of Directors from all areas of the Commonwealth. The board has oversight over the general organizational structure of Virginia Clean Cities and is made up of stakeholders in good standing who have made significant contributions to the Clean Cities effort in Virginia.

PRESIDENT
Tom Rumely
Manager of Market Development, Virginia Natural Gas
(757) 466-5444
Bio
Tom Rumely is the Manager of Market Development for Virginia Natural Gas and has been in this role since January 2010. He is responsible for Sales and Marketing to VNG’s Industrial, Commercial and Residential customers in the territory VNG serves. Prior to that, Rumely was responsible for distribution operations, field service and meter reading in the Southern Division of VNG which covers Norfolk, Virginia Beach, Chesapeake and Suffolk. He has worked for 31 years in the utility industry in sales, customer service, field service and human resources. He has been with VNG since 2005.

TREASURER
Tad Phillips
Vice President/Business Development, TFC Recycling
(757) 435-1270
Bio
Tad Phillips is Vice President for Business Development at TFC Recycling and an active member of the company’s management team. Founded in 1973, TFC Recycling is a privately held and family-operated business and one of Virginia’s largest residential curbside recycling companies. Through its partnerships and agreements with municipal governments and public service authorities, TFC provides recycling services for over 600,000 households and more than 4,OOO commercial customers in Virginia and North Carolina.  TFC currently operates over 50 commercial CNG vehicles for the collection of recyclables.  Mr. Phillips has more than 40 years of experience in the recycling and solid waste management services industry.

SECRETARY
David Robinson
Creative Director, Birch Studio
(434) 977-3903
Bio
David founded Birch Studio in Charlottesville in 1996 and serves as Creative Director. In this capacity, he has overseen the branding and marketing of numerous businesses, with a focus on the clean energy, energy efficiency and real estate sectors since 2010. David launched Flux Report which presents from the clean energy related data in a visually-appealing format. David participates in TEP’s Energy Independance Summit, among other policy activities. He has served on the VCC board since 2011. He lives in Charlottesville, spends as much time as possible outdoors, mountain biking, and figuring out how to solve problems. He earned a B.S. in Architecture from the University of Maryland. 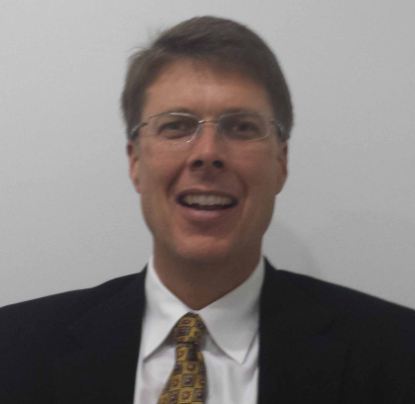 PAST PRESIDENT
John Phillips
President, Phillips Energy
(804) 642-2166
Bio
John Phillips is Co-owner and President of Phillips Energy, Inc. and JCB Transport, Inc. John oversees all fuel delivery operations and new products and services. He has over 25 years experience in the fuels industry. His expertise includes extensive work with conventional as well as alternative fuels delivery and refueling infrastructure. He has assisted multiple municipalities and private fleets through the transition process from conventional to alternative fuels. His vision for the future allowed Phillips Energy to be one of the first companies in Virginia to offer three different alternative fuels in one retail location. John was educated at Virginia Wesleyan College in Norfolk, Va and is a Class A Contractor in the Commonwealth of Virginia.

Ben Delp
Director of Research Development & Promotion, James Madison University
(540) 568-1661
Bio
Benjamin T. Delp is the Director of Research Development and Promotion at James Madison University. In this capacity, he leverages the resources of the university to identify research and scholarship opportunities for JMU faculty and students, while cultivating strategic alliances with government, university, and private sector partners. Mr. Delp plays a key role in the marketing and promotion of JMU research capabilities and projects, along with supporting the Intelligence Analysis degree program through lectures and student mentorship.

Mr. Delp serves on the Commonwealth of Virginia Information Technology Summit (COVITS) Advisory Board, volunteers on the Harrisonburg Walk to End Alzheimer’s Planning Committee, and leads an annual Thanksgiving food drive in support of the Blue Ridge Area Food Bank. He is a graduate of James Madison University where he received his Bachelor of Arts in Political Science as an Honors Scholar, and Master of Public Administration as a Fellow with the Institute for Infrastructure and Information Assurance. 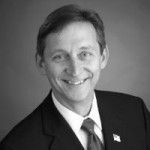 George Hrichak
Fleet Manager, City of Chesapeake
(757) 382-3375
Bio
George Hrichak also serves on the York County Board of Supervisors as the representative for District 4 and is the past Chairman of the Board. George retired after serving 20 years with the US Army as an aircraft maintenance officer. He has a Bachelor’s degree from Embry-Riddle Aeronautical University and a Master’s degree from Florida Institute of Technology. George has been actively involved with Clean Cities since 1997. In 2011, George received approval to begin transitioning his fleet of 53 diesel-powered solid waste trucks to CNG and to build a CNG fueling station for both public and private use. 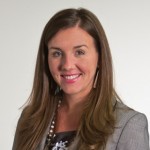 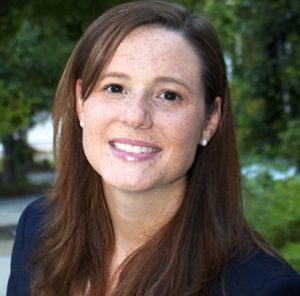 Kate Staples
Electrification Manager, Dominion Energy
Bio
Kate Staples is the Electrification Manager for Dominion Energy Virginia. Previously, she developed and implemented renewable and demand side management programs for Dominion Energy’s residential and non-residential customers. She received her Bachelor of Science in Business from Virginia Tech and her MBA from Virginia Commonwealth University. She is a Six Sigma Green Belt and received her Certified Energy Manager certification in 2014. 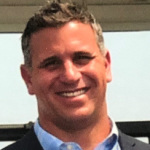 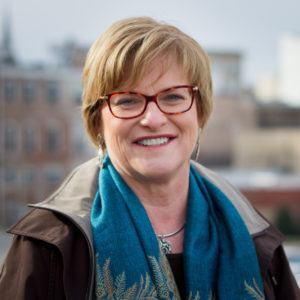 Nell Boyle
Sustainability Coordinator, City of Roanoke
Bio
Nell Boyle, a LEED Accredited Professional, is the Sustainability Coordinator for the City of Roanoke. Serving the citizens of Roanoke by providing education and outreach to the community, Ms. Boyle is the voice of the city regarding green practices and environmental protection. In addition to these services, she monitors and analyzes the energy performance of the city’s facilities, as well the collecting and reporting community and municipal greenhouse gas emissions. She is responsible for the strategic implementation of city’s climate action initiative.

Elizabeth Rafferty
Director of Policy and Legislation, Williams Mullen
Bio
As a member of the firm’s Government Relations Group, Elizabeth assists businesses, associations and individuals before Virginia’s legislative and executive branches of government, including state agencies and boards. Prior to joining Williams Mullen, Elizabeth was the policy and legislative director at the Virginia Department of Housing and Community Development (DHCD), where she was responsible for oversight of the agency’s policy initiatives and legislative functions. Among other successes, Elizabeth helped launch GO Virginia, an economic development program designed to grow and diversify the Commonwealth’s economy.

Cathie J. Vick
Chief Development and Government Affairs Officer, The Port of Virginia
Bio
Cathie J. Vick is the chief development and government affairs officer (CDGAO) for the Virginia Port Authority (VPA) where she oversees The Port of Virginia’s government relations, community outreach, economic development, engineering, environmental services, and maritime incident response. Before accepting her role at the port, Cathie served as deputy director for energy policy in the Virginia Department of Mines, Minerals and Energy, where she helped to implement energy policy initiatives in the Commonwealth. She also worked as director of government relations for Virginia Natural Gas, where her responsibilities included advocacy to state, local, and federal officials, guiding the company’s civic and charitable sponsorships and donations, and managing its conservation programs.She has a law degree from Georgia State University College of Law, a master’s degree in business administration from the College of William and Mary, and a bachelor’s degree in political science and communications from James Madison University. She is a member of Beta Gamma Sigma. Cathie is also a 2005 Fellow of the Sorenson Institute of Political Leadership, a 2009 graduate of LEAD Hampton Roads, a 2015 graduate of LEAD Virginia.