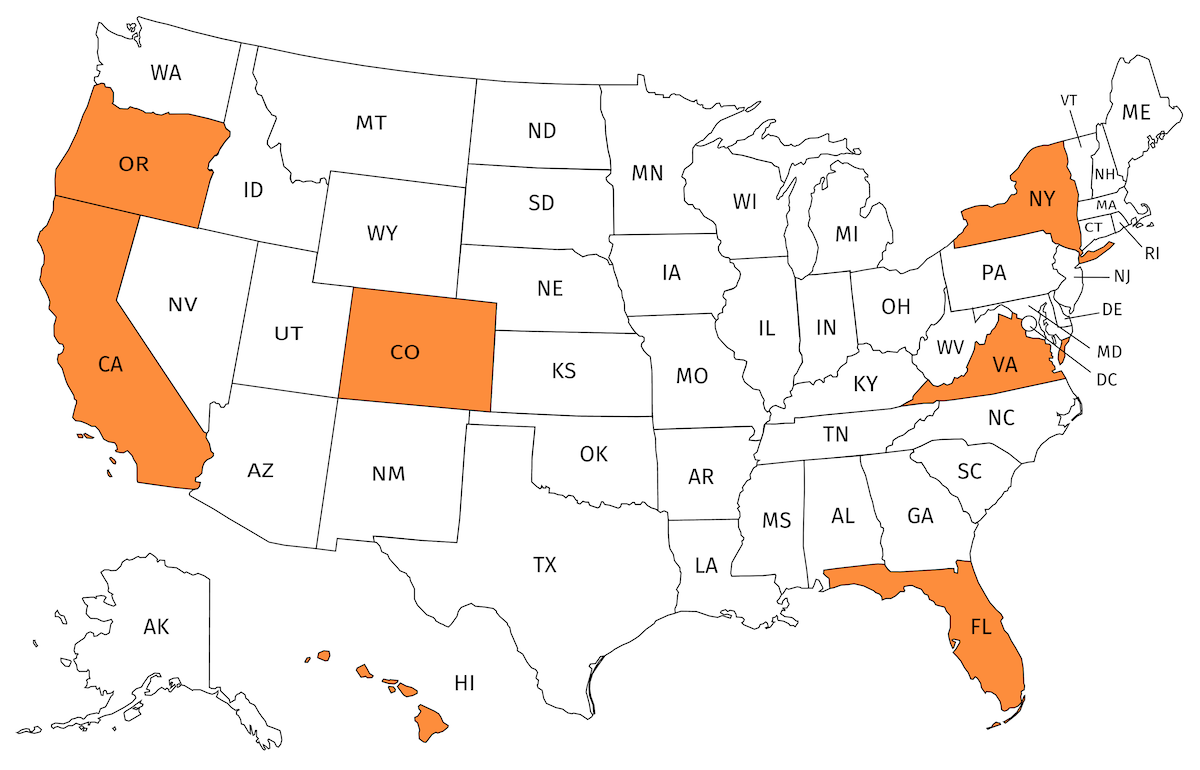 From PlugInSites.  As of July 1, 2020, a Virginia Right-to-Charge law is in effect. This will make it easier to install an electric vehicle charging station for residents who live on property with a Home Owners Association or Condo Board. The law also applies to proprietary lessees in Virginia.

The law creates a framework for residents and property owners’ associations to follow. This includes requiring the unit owner to pay the cost of installing the charging station as well as the electricity used.

Six other states have Right to Charge laws including New York, Florida, Colorado, California, Oregon and Hawaii. Maryland lawmakers considered such a bill in 2020 (HB 111). It passed the House but died in the Senate, possibly due to the abrupt adjournment of the session due to the pandemic.

Virginia Senator Scott A. Surovell proposed the Virginia Right to Charge bill (SB 630). An EV driver himself, Surovell told PlugInSites, “We need to facilitate EV ownership and several people including constituents have reached out to me regarding difficulties encountered installing EV charging stations in condominiums. I’m hoping that my legislation will create a roadmap that facilitates the efficient deployment of charging stations in homeowners associations, condominiums and cooperatives.”

Here is the text of the Virginia Right to Charge law with links to the source.