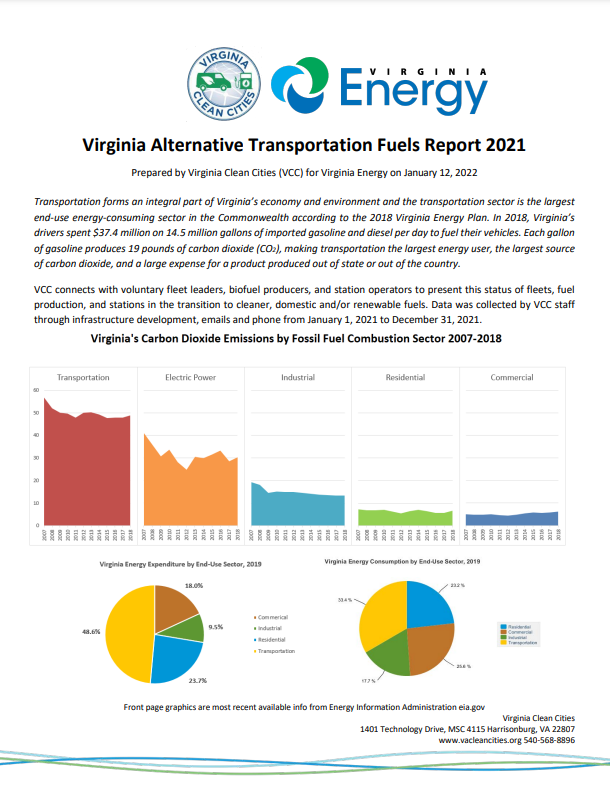 For the year ending December 31, 2021, the Commonwealth of Virginia saw an increase in the number of tracked alternative fuel fleet vehicles by 4.6%. At 28,889 vehicles in 101 green fleets, the current percentage of alternative fuel vehicles used in tracked clean fuel Virginia fleets is 44.3 percent of their vehicles. Ethanol, biodiesel, electric, hybrid electric, and propane vehicles made minor net gains in the past year, while the only ... 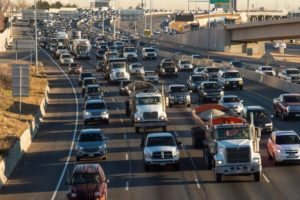 What is the Congestion Mitigation and Air Quality Improvement (CMAQ) program? How is funding for the program distributed? Are alternative fuel and advanced vehicle projects eligible for funding through CMAQ?

CMAQ is jointly administered by two agencies of the U.S. Department of Transportation’s (DOT) – Federal Highway Administration (FHWA) and Federal Transit Administration (FTA) – with an overarching goal of ...

Virginia Clean Cities, based in Harrisonburg Virginia, is reaching out to identify candidates for two career positions with the organization.  Please respond soon as the search closes on Sept 24, 2020.

VCC is hiring for a Program Coordinator!  This is a critical role for the Coalition, and Coordinators engage a range of projects and stakeholder opportunities.  This is a career ... 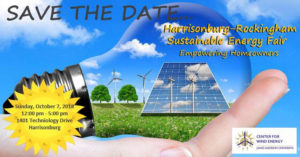 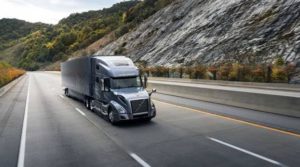 The U.S. Department of Energy (DOE) has announced increased collaboration with stakeholders to reduce regulatory barriers on the development of hydrogen infrastructure.

Daniel Simmons – principal deputy assistant secretary of energy efficiency and renewable energy – has issued a new request for information (RFI), through which the DOE hopes to identify priority research and development areas to reduce the regulatory barriers affecting the implementation of hydrogen technologies, as well as potential courses of action ...

Over 25 million children rely on buses each day for safe transport to and from school. With nearly half a million school buses on U.S. roads, it is one of the largest mass transit systems in the country.

Automakers are investing billions of dollars to develop dozens of new EVs in the face of regulatory requirements, but face slow U.S. sales.

The campaign, dubbed “Drive Change. Drive Electric,” will focus on ...

The U.S. Department of Energy and the Environmental Protection Agency have just released the 2018 Fuel Economy Guide, available online at fueleconomy.gov (http://www.fueleconomy.gov/feg/printGuides.shtml). The U.S. Department of Energy (DOE) and the U.S. Environmental Protection Agency (EPA) publish the Guide each year to help new car buyers choose the most fuel-efficient vehicle that meets their needs. The online version of the Guide will be updated regularly on fueleconomy.gov as additional information is submitted by the auto manufacturers. New and used car buyers can also ...

On September 29th, the Department of Environmental Quality issued a request for proposal for the state’s first public electric vehicle charging station network. This program will be supported by the state’s share of Volkswagen settlement funding. For more information, you can download the RFP and relevant attachments.

The program is seeking proposals to deploy EVSE, specifically DC fast chargers, throughout Virginia. The state will reimburse the vendor for up to 80% ...